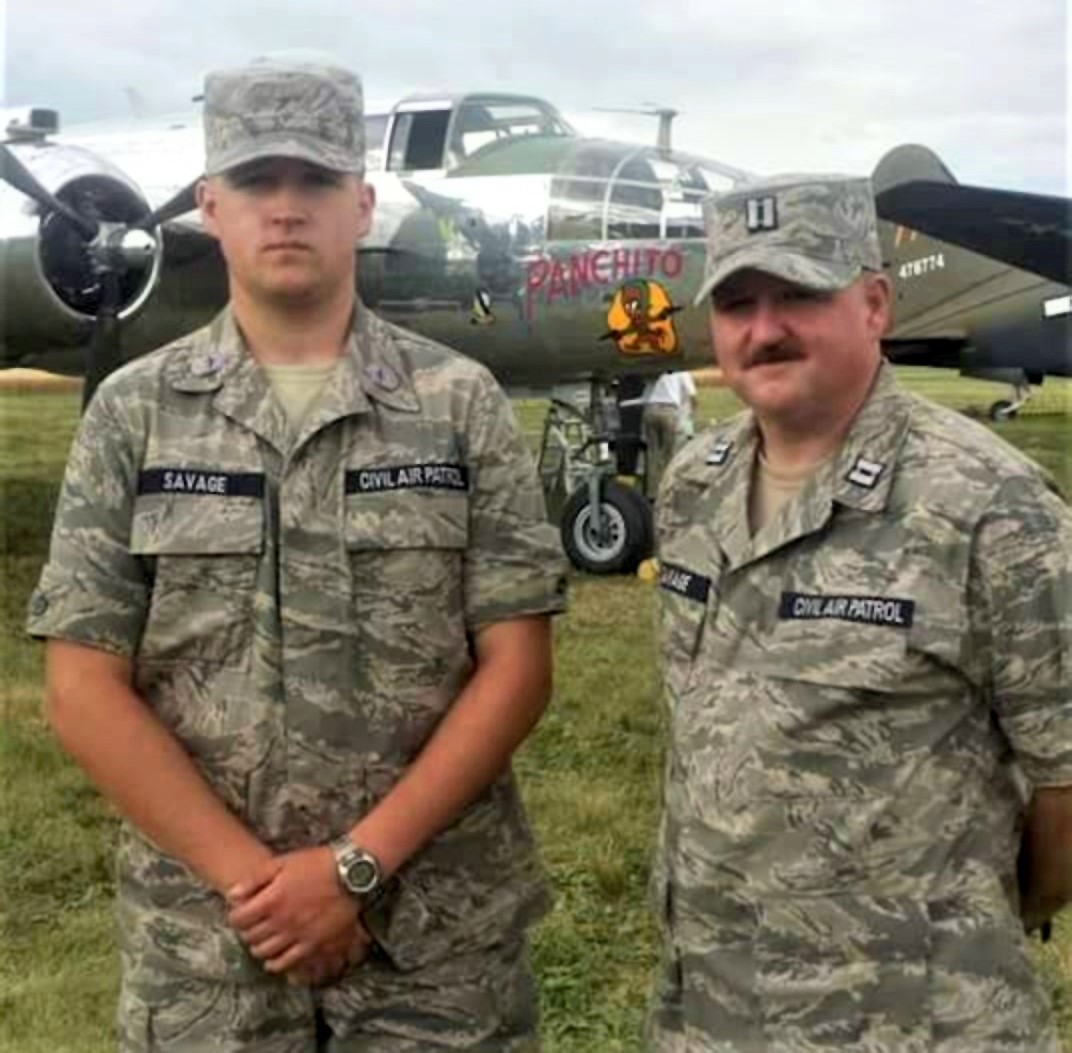 Raymond is proud to recognize associate Steve Savage for his volunteer service with the U.S. Air Force Auxiliary Civil Air Patrol during the Greater Binghamton Airshow.

Raymond is proud to recognize associate Steve Savage for his volunteer service with the U.S. Air Force Auxiliary Civil Air Patrol during the Greater Binghamton Airshow, which took place on Saturday, July 17. Steve has been with Raymond for a year and a half, working in Department 8 (Electronic Assembly).

Since 2012, Steve has spent time volunteering with the Civil Air Patrol (CAP). Steve’s activities with CAP have included assisting in emergency services and participating in the color guard at professional sporting events for teams such as the New York Giants, New York Jets, and Buffalo Bills. Steve also trains as a mission scanner, which involves riding with a pilot and serving as an aerial lookout to spot a target (such as wreckage, bodies, etc.) in emergency situations. Since the start of his service with CAP, Steve has become a safety officer and is second-in-command of his squadron.

Currently, Steve is involved in recruiting new members into his squadron. At the Greater Binghamton Airshow, Steve worked in a recruitment tent, while other CAP members worked crowd control, offered emergency services, and provided other assistance wherever it was needed.

We extend our appreciation to Steve for his volunteer service with CAP and for helping the community in times of need.

We use cookies on this website to deliver the best possible experience. For more on how we use cookies and how to change them, go here.

By continuing to use our site, you are giving us your consent to use cookies.